Bullfights, Tournaments and Probadillas in the Bull Ring

For those who wish to enjoy the Bull Run a bit more at ease, they can go to the bull ring and sit in the stands, feeling the tension at the end of the bull run when runners and bulls enter the ring together.

The bull run comes to an end in the ring, releasing the heifers in the traditional probadilla, where runners show their skill to the expectant audience, to the tune of the music played by the official peña bands.

With the participation of Spanish champions, the Goyesco Tournament is held in the ring, with cortes, quiebros and saltos (different bullfighting techniques).

During the evening, the weather permitting, at 18h30 traditional bullfights, horseback fights and fights with young bulls take place. 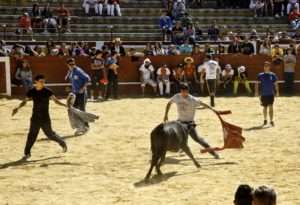 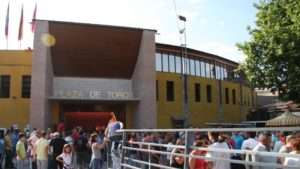 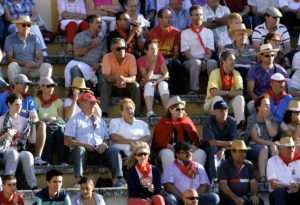 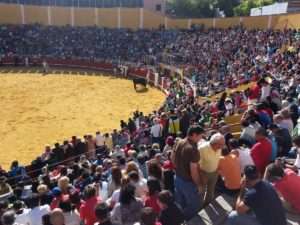