For the little ones

The week before the festival, little ones can participate in recreational activities and sports organised by Cuéllar Town Hall. … and beginning on Sunday, after the first run, every day at around eleven in the morning, giants and carnival figures from the Plaza Mayor to the Bull Run route.

From Monday through Thursday, at 12h00 the «Promotion Run» is held for younger ones, following the Bull Run route from the Bull Ring to the Paseos de San Francisco.

DURING THE MORNING. Depending on the days, after the Promotion Run, there are activities organised by official clubs and Town Hall, such as water games, children’s piñatas, a foam festival, the Chupete (Pacifier) run, Saint Peter’s Descent, etc. 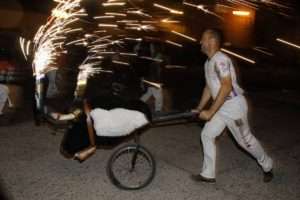 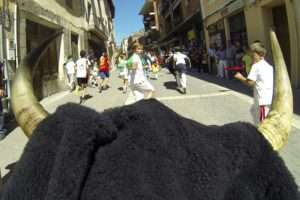 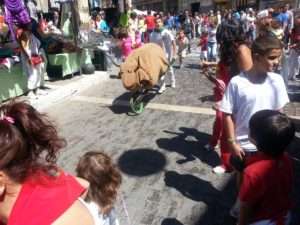 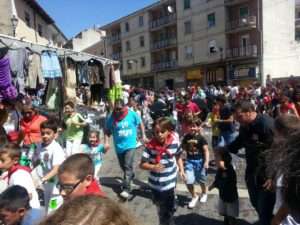